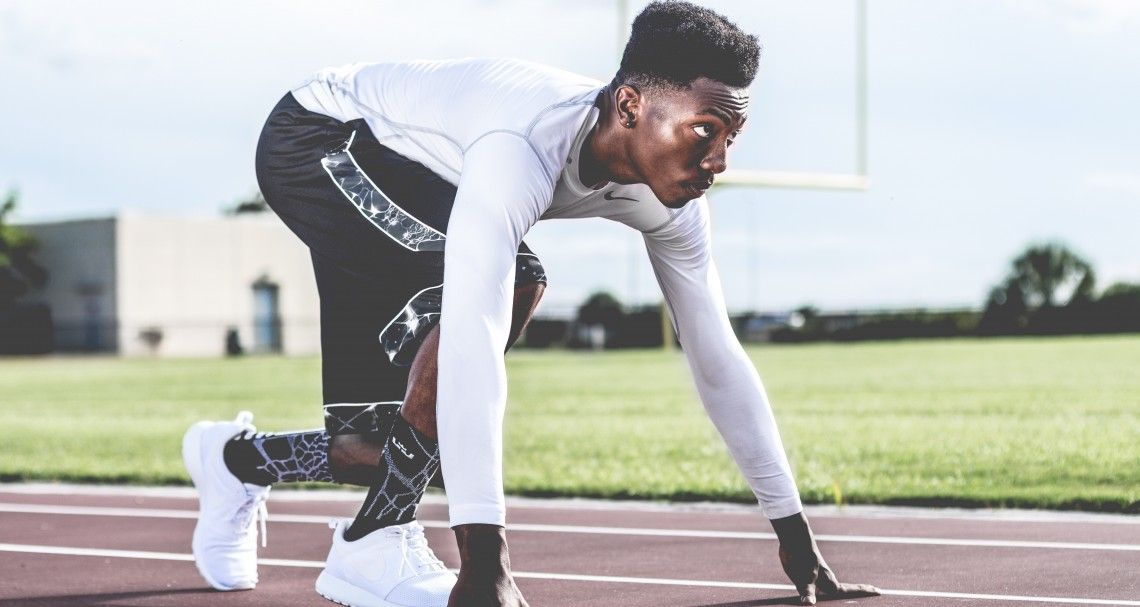 Growing up as a competitive tennis player is a strange thing. You spend hour after hour on the court, practicing and perfecting the same core shots. Over and over again. You sign up for tournaments, you prepare with coaches, but you ultimately go out on the court alone. That can be freeing, but the responsibility can also feel crushing. I remember losing my temper in a key moment of a college match. However, I also remember the elation I felt when I won a tough game with my family watching.

I have always been fascinated by the psychology behind what makes a good athlete. Is it better to be clinical and composed, like a finely tuned machine? Or is it better to be gutsy, emotional, and fiery? Growing up, I always felt that professional athletes were somehow mentally stronger than the rest of the population. To get that good at a sport, they must be immune to the rollercoaster of emotions and anxiety that comes with being an athlete, right?

I’m coming to realize that this isn’t always true. More and more professional athletes are bravely coming forward to talk about their experiences with mental health disorders, showing once again that mental illnesses don’t discriminate.

Everything is not always as it seems

It was 2014, and I was sitting in my living room watching the Sochi Olympics. On my screen was Gracie Gold, somebody I had heard a lot about in prior weeks. On the NBC News, she had been touted as the “golden girl” of USA Skating. She was garnering comparisons to Grace Kelly and pictures of her beaming were plastered across all media channels.

As I sat and watched her compete, I remember thinking that she was perfect. She was beautiful, she was at the top of her sport, and she was beloved by what seemed to be all of America. It wasn’t until I recently read this New York Times article that I realized how wrong I was.

Training to be a high level athlete can take its toll on your mental health.

Gracie Gold, like so many others, suffers from depression, eating disorders, and severe anxiety. She described the darkest period of her life, when she refused to look in the mirror, gained fifty pounds, and contemplated suicide. In recent months she has bravely come forward to lift the veil on how athletes who seem larger than life can battle mental health issues. I think that this vulnerability and honesty is what makes Gold and other famous athletes so important for the de-stigmatization of mental illness.

Bravery from the most decorated Olympian of all time

When you hear the name Michael Phelps, what do you think? Fast? Dominant? Long, floppy arms? When you picture how he looks, you’re probably conjuring up an image of him with several gold medals hanging around his neck, an easy-going smile on his face.

Michael Phelps however, has spoken publicly on how he fell into a deep depression after his hugely successful 2012 Olympic Games performance. On the surface, it seemed that he would have no reason to feel unhappy or unfulfilled, but his candid interviews show just how broken he felt. The ecstasy of winning left him feeling empty when it was over. He sought treatment and says it was only when he started to speak out and honestly address his issues that he started to heal.

A few ways to practice wellness in the world of sports

If you’re an athlete – at any level – who is feeling overwhelmed by the pressure of your sport, know that you are not alone.

Don’t be afraid to ask for help. Sometimes athletes feel as if they always have to “suck it up” and never complain. If the pressure of competing is getting to be too much, you can reach out to sports psychologists, coaches, and even teammates. Maybe they are also feeling overwhelmed but don’t want to be the only one to admit it.

Try to balance your training regime with mindful activities. I know a lot of athletes who play very physical sports (like hockey or rugby) who swear by doing yoga for recovery. This not only helps your muscles get back to 100%, but it’s an opportunity to clear your head and breathe. Meditation and visualization are also worth a try. They calm your mind, and studies show they can also help you perform better under pressure.

If you’re really burnt out and have lost the joy that comes from competing, sometimes taking a break can be the right decision. Take a step back, give your body a rest, and remember why you’re competing in the first place. If you never take a second to reflect, you might lose sight of what you really want to accomplish.

Even if you don’t play sports, I think there is a valuable lesson to be learned from athletes discussing mental health. When Michael Phelps spoke about his mental health issues, he demonstrated to the world how complex and amorphous the causes of mental illness are. Success does not equal happiness, and failure does not equal unhappiness.

Professional athletes are often put on a pedestal, sometimes literally. When someone is so physically strong it’s easy to assume that they don’t suffer from mental health issues like the rest of the population. This is not the case, and many struggle from the immense pressure placed upon them. If we can learn anything from the athletes telling their stories, it is that your mental health does not have to define you. You can still achieve greatness.

If you’re feeling overwhelmed and want to talk to someone,
​Book a free vent session today.

Elsa is an actress and Vent Over Tea volunteer living in Montreal.