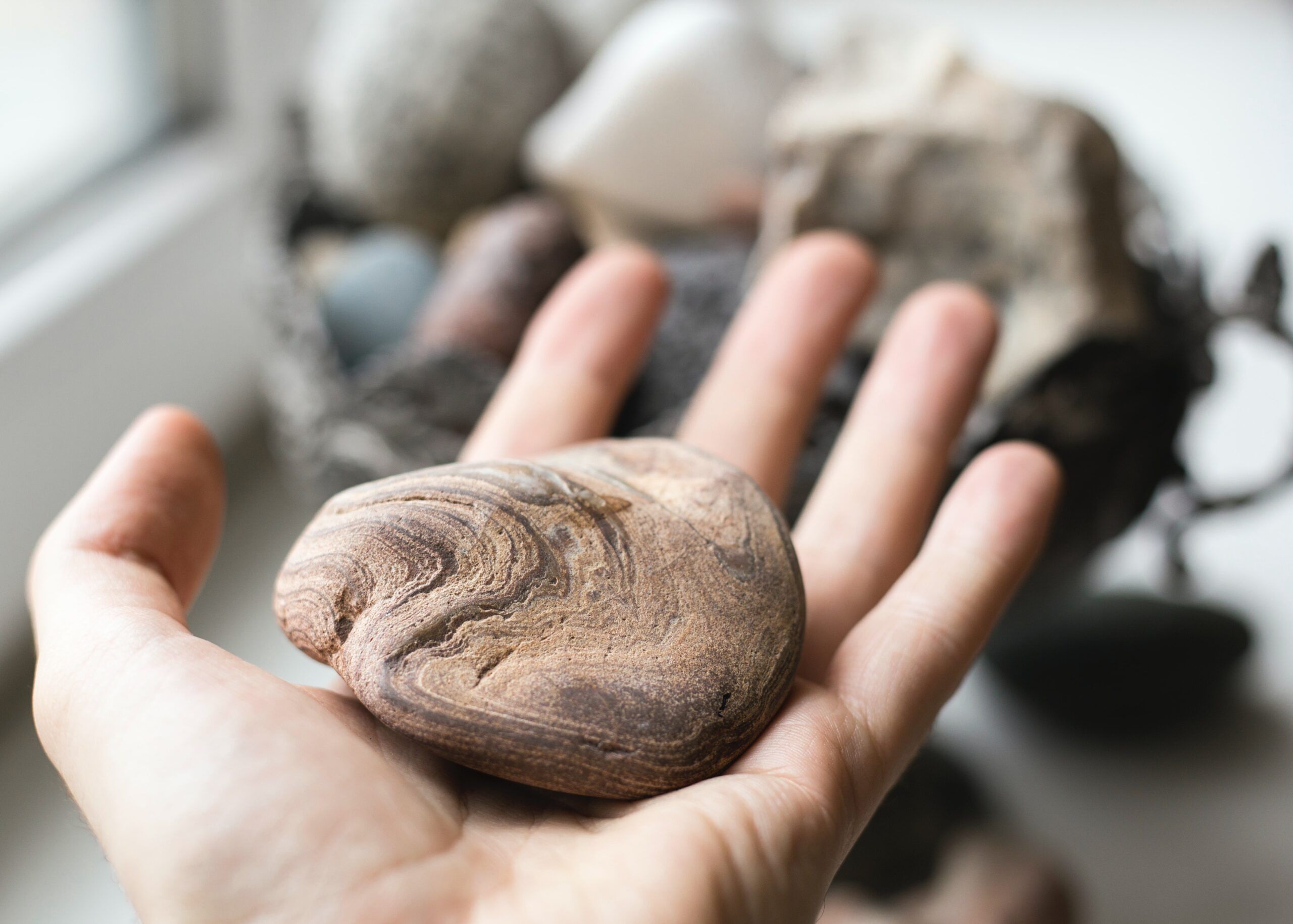 What’s Weighing You Down?

I have a therapy pet rock with separation anxiety; he’s a terrible companion.

I never wanted or wished for a pet rock. My pet preferences are of the soft and cuddly kind, not deadweight that requires being lug around. But Odysseus got dropped in my lap—gifted a few years back by some who were closest to me then.

Not going to lie—I thought it was weird from the get-go. But wanting to trust my friends, I allowed myself to be convinced that good ol’ Odysseus would be a great pet. Plus, they named him after a badass Ancient Greek hero, which is my jam. So I made room for him in my life, with his favourite spot being curled up on my chest.

I have to admit, Odysseus was very well trained. A therapy pet rock is supposed to keep you grounded, reminding you to take things slow and steady.

His favourite spot was also by design. He pressed down on my chest to remind me not to waste my breath. When I felt the need to say my latest thought or feeling, he’d give me pause on whether it was worth sharing. I can admit, he probably stopped me from saying some awkward and embarrassing things.

But then, his separation anxiety started creeping in. If I took him off to say a dark or inconvenient thought that didn’t fit the proper narrative, he’d immediately whimper and complain, begging for his spot back. His moans slowly drove me insane until I caved in and placed him back, letting him weigh me down. The longer he stayed there, the less room I had for air. Then, he began wailing anytime he left his nook. It became so bad that I stopped sharing altogether—letting him sink deeper into me.

It took me years to realize he wasn’t a therapy pet meant for me, but rather for those who decided to dump their stupid rock in my lap.

No longer am I comfortable having my chest caved in by other peoples’ rock. Without my inconvenient baggage propelling me to grapple with all of my ideas and thoughts, some of which truly scare and terrify me, I wouldn’t be me.

The thoughts and stories that I want to craft most are powered by the nuance of where good meets ugly—combining mundane, bizarre, fantastic ideas and connections into Frankensteinian creations. Monsters on the surface, crafted to reveal or share more than just the glossed over, sugar-coated, bite-sized, neatly packaged, hyper-niched drips of sterile content that platforms and so-called marketing experts deem proper.

As this year ends, I am ditching Odysseus. I am done curating my existence, censoring out my feelings, thoughts and stories so that others are comfortable. I reclaim my public presence as the continuous workshop and soundboard that my mind has primarily kept within the confines of my skull.

Not everything will be perfect. I will make mistakes. But I will not let that spectre haunt my present, for they are not a vile creature to be cast away. Instead, I warmly welcome them as the harbinger of growth—a true friend and an excellent life-long companion.

Some days, I may wake up to find Odysseus curled back up on my chest, begging me to stay weighed down and out of breath. This text is a guidepost that while he might whine and moan, I owe other peoples’ rock nothing. I will place him on the ground every single time and leave him in the dirt.