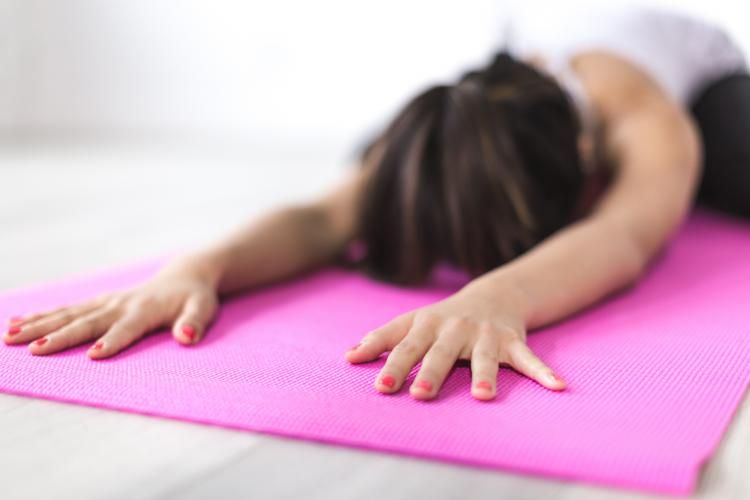 Warming Up to Working Out

“If exercise could be packaged in a pill, it would be the single most widely prescribed and beneficial medicine in the nation.”

Robert Butler, a physician working at the National Institute on Aging said this in the 1980s, referring to the numerous physical health benefits that come from exercising regularly.

But considering the growing numbers of people being diagnosed with mental illnesses and the ways exercise can help, Butler’s statement rings even more true today.

How does exercise help?

Several studies have shown that exercise can have as great an impact on alleviating symptoms of depression as prescription medication. We all know that exercise releases feel-good chemicals in the brain, but its positive effects go beyond endorphins.

Exercise often leads to a kind of upward spiral. We exercise, which releases endorphins and reduces stress, leading us to feel happier and more confident. We also feel stronger and accomplished, which helps to give our self-esteem a boost.

Though it may seem counter-intuitive, exercising actually helps you feel more energized, which can help you accomplish even more in your day. It can also help you sleep more soundly at night, setting you up to have a better, more productive day after your work out.

While exercising may lead you to eat more than normal to replenish all that energy, you’re more likely to crave nutritious foods that will act as good sources of fuel for your body rather than junk food that will leave you feeling bloated and hungry later. This dose of healthy food will also help make you feel better long after the work out has ended.

Whether you’re struggling with your mental health or not, exercise can give you a serious boost and set you up to keep having successes moving forward. And none of that even touches on the benefits exercise has on your cardiovascular and overall physical health.

You don’t need to have particular exercise clothes or equipment, just going for a walk can help improve your mental and physical health

So why don’t we all exercise all the time?

If you have anxiety or depression, there’s a good chance you’re aware of the ways exercise could help, and you’ve probably even had people recommend it, and even if you want to give it a try, you still may not be able to get yourself to the gym.

That is perfectly okay and it is not a sign of laziness or of a lack of dedication to improving your mental wellness. With depression, getting motivated for a big work out can be particularly tough as you’re often coping with low energy levels, fatigue, and low self-esteem.

While you may know that exercise could help, the idea of going to the gym and working out in front of other people when you’re already so exhausted and self-conscious can be incredibly daunting.

Instead of making exercise a seemingly insurmountable task in which you have to get dressed, go to a local gym, pay to use that gym, do a big, long work out, and then do the same thing again soon, try starting small. And I mean really small.

Try doing just one push up or one 10-second plank or 15 jumping jacks. Pick some exercise and aim to do an amount so tiny that you think it’s nearly laughable. Don’t put any pressure on yourself to accomplish some huge work out, especially if you haven’t gone to the gym in a while.

If you don’t do it, you may start to think that you’ve failed, which will only make you feel worse than you did before. Instead, set yourself up with an easy goal so that you can accomplish it no problem, even on your bad days.

Make it as easy on yourself as possible. Try something that can be done at home and will take less than a minute to complete.

Let’s say you decide to do the 10-second plank. Once you complete it – congratulate yourself! And if you want to get back into bed, that’s okay. But you may think that – since you’re already on the floor and in a plank position – you might as well do another one. Maybe this time you’ll even hold it for 30 seconds

You may end up stopping after the first plank, or you may continue on and do a 5, 10, or 30 minute work out when all you’d set out to do was one plank.

Setting these small goals helps motivate you to do them, because they’re so easy that you know you can accomplish them before even starting, and chances are you’ll even do bonus exercises afterwards. This can help build up your confidence and stamina to allow you to do longer and tougher work outs over time.

Exercise is a fantastic tool to have in your mental health tool kit, but if we think of it as an intimidating production, we may not use it. Instead start small, and take it day by day. You’ll be amazed at how good it can make you feel!