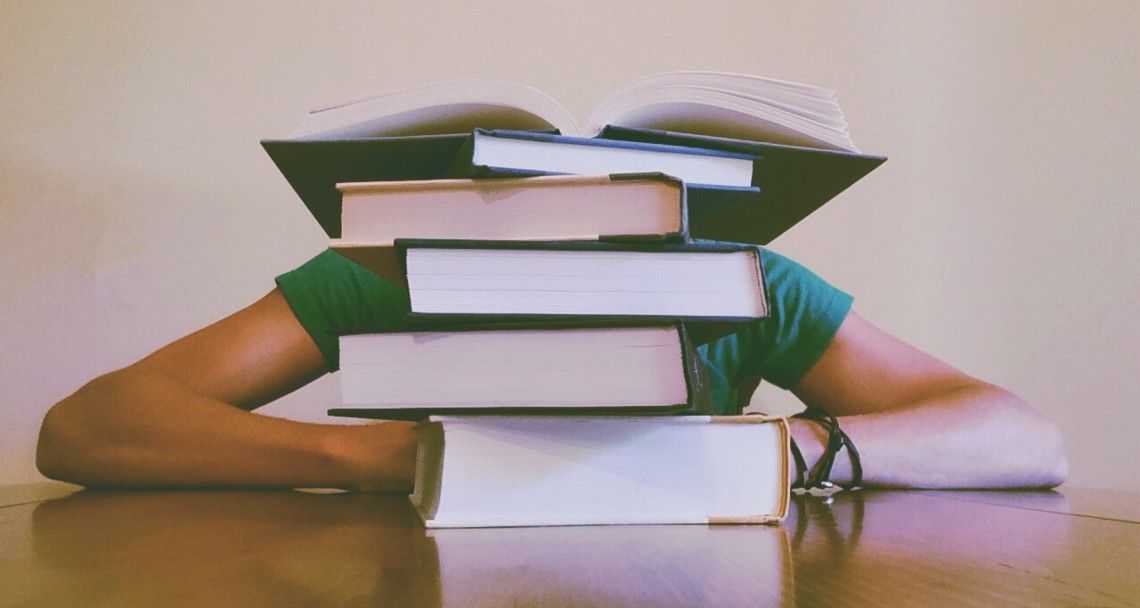 The Paradox of Mental Health on Campus

The mental health landscape is changing, there’s no doubt about it. There’s more information out there than ever, and more and more people are coming forward to share their stories. Slowly but surely, on-campus mental health services are improving, and student-run organizations work tirelessly to raise awareness, through organizing events and informing the student population about the resources at their disposal.

Education is the key to understanding, so it makes sense that universities, as institutions of learning, are the breeding grounds for much of this advocacy.  What makes less sense is the disturbing attitude that exists alongside it. Sleeping for four hours a night, never exercising, and accidentally skipping meals – all in the name of studying – earns you bragging rights. These habits can have direct physical consequences, and, over time, they can also eat away at your mental health.

Before every evaluation, it seems like you’re expected to join your peers in a conversation dedicated to self-deprecation, during which you really drive home the message that you’re a total failure. And the more you say it, the more you start to believe it.

If you’re a student, odds are you’ve been in many examination rooms. In those minutes before the test is distributed, students talk amongst themselves, often about how (ill-)prepared they feel for the upcoming evaluation. Once you’ve been in this particular setting a handful of times, you begin to notice different archetypes that are reliable in their presence.

There’s that one person who brags loudly about how they pulled an all-nighter, crammed in a cubicle in the library chugging energy drinks as they attempted to memorize this theory or that date.

There’s that kid who showed up hungover after drinking themselves into a stupor the night before. Any psychology major worth their salt could tell you that this kind of self-handicapping is indicative of someone who wants an excuse for performing poorly ready and waiting should they need it. That way, people might judge them for making a bad decision, but they won’t make inferences about their intellect.

There’s that group of friends comparing the number of times they cried while studying, as though there’s a prize awaiting the person who had the most breakdowns.

There’s that other person who says nothing, but pops piece after piece of spearmint gum, trying to hide the fact that they vomited due to anxiety in the bathroom down the hall, just moments before entering the examination room.

There are thousands of students enrolled at any given university, and, naturally, some will be more receptive to mental health advocacy than others. But still, the prevalence of people glorifying unhealthy behaviours is concerning.

The problem doesn’t seem to be a lack of awareness. This glorification comes from a place of compensation. People know that their actions are unhealthy. Yet there’s so much pressure to perform well in university that they don’t care. Students don’t mind living on three hours of sleep a night as long as they’ve got that 4.0 GPA.

All these “archetypes” look different, and the people exhibiting them likely are. But they also have one thing in common: the immense pressure that they are under. It’s expressed in different ways in different people. And, yes, there are definitely people out there who practice healthy coping habits, but the discourse among students tends to make that kind of wellness seem like an impossibility. Because it seems impossible, students who wouldn’t normally partake in these kinds of unhealthy habits can feel bad or ostracized for not joining in.

State of the Stigma

People act nonchalant about their mental breakdowns to hide the fact that they’re actually affected by them – they joke about their pre-exam nausea in hopes that laughter truly is the best medicine. We glorify our mental health struggles because we’re afraid to admit that we’re struggling.

Despite the force of the mental health awareness movement, the stigma, stubborn as ever, refuses to be erased. But, at least among those of a university age, it seems to have taken a different form. A more internalized form. There’s a general acceptance of others seeking help for their mental health. But the idea that we ourselves might need help? That terrifies us. What if we can’t handle the pressure? What if we’re too weak for our ambitions. We’re scared of the stigma from others when we’re the ones stigmatizing ourselves the most.

Awareness can be the first step to positive change. If you feel yourself partaking in the negative self-talk that so often goes hand in hand with university life, try and take a step back. You don’t have to play into those harmful conversations where everyone is comparing their stress levels and trying to one up each other regarding how little they slept or how many breakdowns they’ve had of late. Instead, try and get a good night’s sleep, make an effort to manage your time wisely, and be brave enough to break the cycle of these unhealthy conversations.

Going into this new school year, be compassionate with yourself. Be as understanding and patient with yourself as you are with others. Give yourself permission to do the things that make you happy, for no other reason but the joy that they bring you. Take care of yourself, and the rest will fall into place.

And of course, if you’re looking for someone to listen,
you can always book a free vent session today.

If you’re a student in Montreal, here are a few other helpful mental health resources to keep in mind this semester: