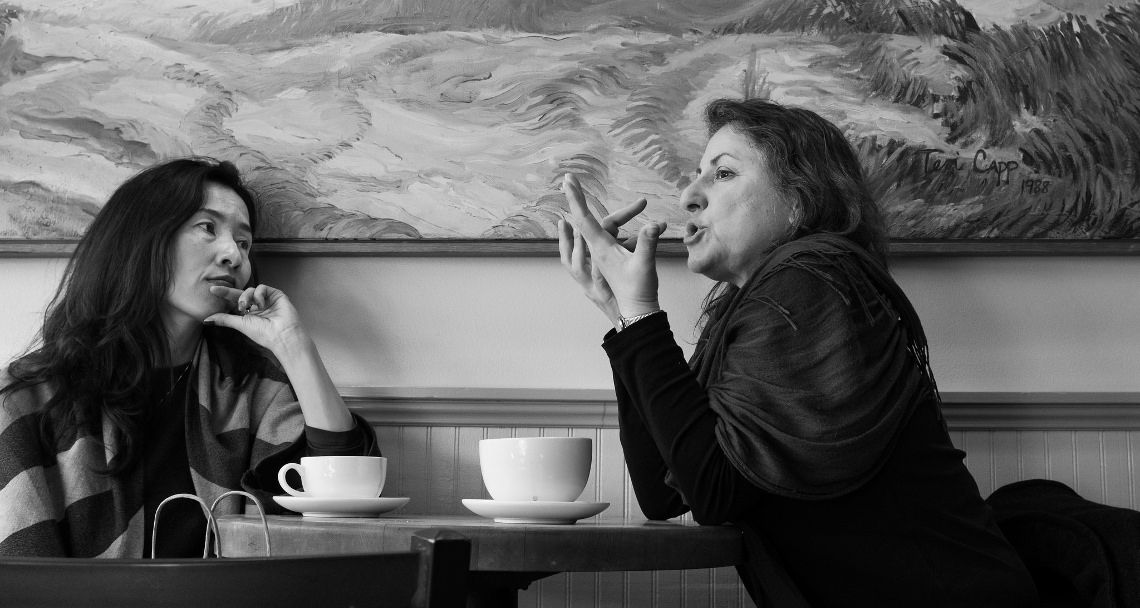 It may seem counterintuitive, but in certain contexts, you can feel more secure sharing a secret with a stranger than with someone close to you. I’m not just talking about meeting with a Vent Over Tea listener, I mean in general, sometimes it’s easier to open up to the random person sitting next to you on the plane or a friend of a friend of a friend who lives in a different city than it is with your own friends.

It’s kind of liberating when you can talk to a stranger who you know you won’t meet again. You can pretty much say anything you want without long-lasting consequences. It can be tough that they don’t know all the history and context that goes along with your story, but that’s also part of what’s exciting about it.

It’s nice to be able to speak without the fear of judgement or future social repercussions hanging over your head, with the freedom to speak your mind. We all omit details here and there when talking to certain people – your mom doesn’t need to know about every beer you drank at a party and your friend who’s looking for a job doesn’t need to hear about all the trips you’re planning thanks to your awesome salary.

Also, advice from strangers can be really helpful because they see your situation from a whole new light, so they might have a different opinion that your friends and yourself are too close to see. Or they may give the exact same words of wisdom as your family, which could reaffirm that that’s the logical choice.

There’s no doubt that it can be helpful and that it just plain feels good to be able to talk to someone you can say almost anything to, knowing you don’t have to tiptoe around certain subjects, but I think that part of the good feeling we get from having these kinds of conversations stems from the fact that we’re forging a connection with someone new.

Even with the knowledge that you won’t have a long-term relationship with this person, you can still feel bonded with them through this kind of openness that you don’t always have with your loved ones.

It can also serve as a reminder to be conscious of how, when, why, and with whom you’re self-censoring and to re-evaluate if it’s always necessary. If not, opening up to a stranger could help you be more open with the people closest to you, which in turn helps to strengthen those bonds.

So next time you’re going through the motions of idly chatting with a stranger and you feel the urge to spill, act on it. Whether you get to see that person again in the future or not doesn’t matter. You can having a meaningful interaction without it leading to an enduring friendship, sometimes it can be even more significant because you know it won’t.