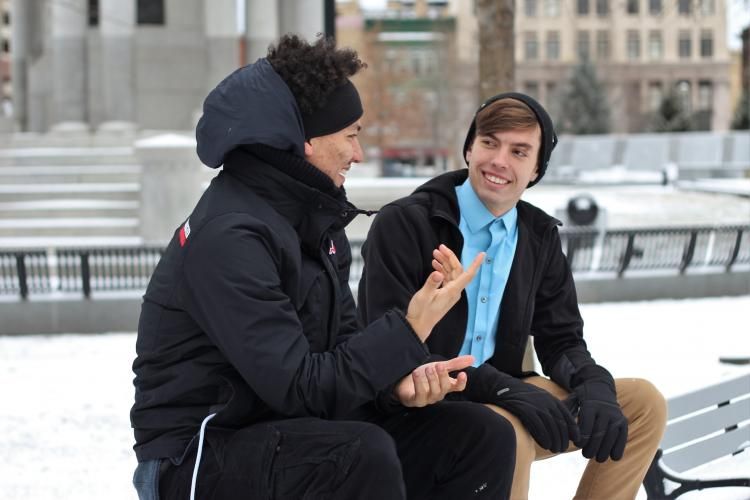 Words have a lot of power: they can hurt and heal, break hearts and make them whole again, improve or hinder our relationships. Yet they’re often thrown about carelessly, as though that power has been forgotten. This is especially true in the way we talk about mental illness.

Terms like “PTSD”, “OCD”, and “triggering” are casually inserted into supposedly quippy one liners and humorous tweets. But is a joke really funny when the punchline is someone’s diagnosis?

It’s safe to say that many of us are guilty of doing this. I myself have used these terms in a joking manner. This isn’t about reprimanding people for past mistakes. It’s about being more aware of the impact our words can have on others, as well as encouraging everyone to become better educated on these stigmatized mental illnesses.

A lot of people complain that our modern discourse is too “politically correct” and that “we can’t say anything anymore” because people these days are hypersensitive. In reality, jokes about mental illness are not newly offensive. People have been cut deeply by these comments for years. It’s only now, thanks to increasing awareness and work to dismantle the stigma around mental health, that marginalized people are finally beginning to feel comfortable standing up for themselves.

Insensitive jokes about mental illness have never not been hurtful.

When trying to navigate what should  and shouldn’t be said, it all comes down to the most basic rule of social interaction: try not to say things that could hurt people.

I remember taking a course at university called Introduction to Psychopathology. The first thing the professor told us was that we should try to forget everything we thought  we knew about mental illness. She underscored time and again that the average person’s understanding of mental illness is incredibly limited.

There’s a lot we don’t know about official diagnostic criteria, but also about the actual experience of individuals affected by mental illness. Even disorders like anxiety and depression, which are widely referenced and frequently diagnosed, are often severely misunderstood in our society.

Continuing to use language that propagates stereotypes about mental illness is a step in the wrong direction, as it only serves to foster more misunderstanding. By seeing more accurate depictions of mental illness in the media, and by incorporating these topics into our school curriculums, we can remove some of the mystery surrounding them and learn how to talk about them in a more understanding, compassionate way.

The impact on afflicted people

Oftentimes, people with mental illness feel as though they “aren’t sick enough.” They may feel “unworthy” of their diagnosis or “weak” for being unable to deal with their problems on their own. The misuse of terms pertaining to mental illness reinforces these negative self-concepts by minimizing the severity of their struggle. This form of invalidation can be incredibly harmful: it reduces mental disorders to quirks.

Obsessive-Compulsive Disorder is not just liking your shoes lined up neatly in the entrance way, the same way that Post-Traumatic Stress Disorder is not just being startled by the sound of an alarm. This view invalidates the incredibly distressing experiences of people afflicted with these disorders. When we throw these terms around lightly, we don’t take into account the fact that many people fight tooth-and-nail just to make it through the day. Don’t compare someone being neat or jittery to actual mental disorders.

Words have power – a power that we often underestimate. By paying attention to the way we talk about mental illness, we can hopefully build a more accepting, compassionate world for people who struggle. The push to a more politically correct language is not a step away from freedom of expression. It’s a step towards a more accepting, compassionate society – a society that allows people to feel safe and understood, which is a kind of freedom in itself.