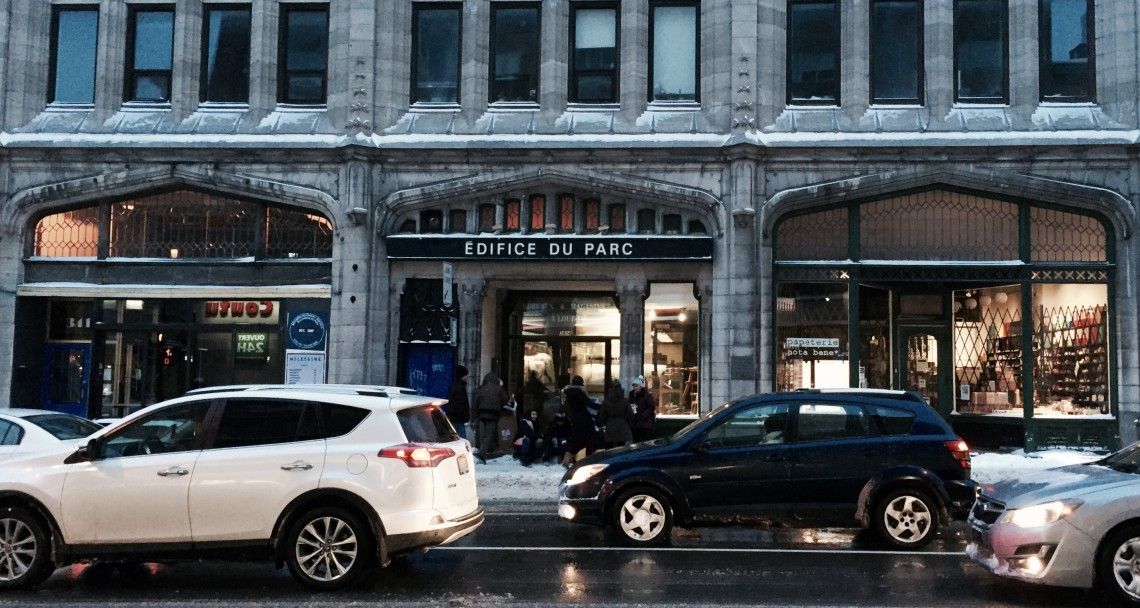 Presence for the People

Last  year, when I was being interviewed about Vent Over Tea, I was asked: “What does service mean to you?”

This simple question gave me pause.

Service can mean a bounty of things. It has implications in many fields, from hospitality to the military. I myself often refer to Vent Over Tea as an “active listening service”. In its essence, I think an act of service is done by one person or group whose benefits are reserved for another individual or group.

When I was awarded a grant from TakingITGlobal to design and execute a small-scale project to impact my local community, I decided to take the opportunity to deliver something during the winter holiday season, a period of time with the best intentions but one that also leaves many feeling raw in the areas in which they are already experiencing difficulty.

I came up with the idea of Presence for the People: an event that would involve giving time as well as material gifts to people out on the streets in Montreal.

People who spend their days on city streets, particularly those who are begging for money, get ignored by hundreds of people every day. I have been guilty of this indifference on days when I am late for work or don’t have change. In this age of busy-ness, I thought it would be a worthy endeavour to devote time specifically for chatting, listening, and gift giving to those who are most ignored.

I decided to kick-off our first Presence for the People on Christmas Day. Over the years, I have become increasingly disenchanted with the way we approach the holiday season. Frivolous expenditures often covered in non-recyclable wrapping paper in an effort to show love for the people in our lives is not my love language. (Side note: if it’s dyed, laminated, contains glitter or plastics or is covered in tape, it is not recyclable and should not be put in your recycling bin.) Certainly, there are beautiful aspects of this holiday; the gathering of families and sharing of time with loved ones. I wanted to bring these elements of love to the people in the streets of my city.

I recruited my partner and my best friend, and the three of us bundled up for an afternoon that was frigid in temperature but warm with love.

On Christmas Eve we had gone shopping for supplies: winter clothing (thermal socks, warm gloves), festive snacks (granola bars and Christmas chocolate), and hygiene products (toothbrushes, toothpaste, wipes, and an abundance of tampons and pads as I was informed these are hot items since they are expensive and often overlooked in donations).

We also purchased some hot chocolate for the giving but sadly I accidentally created a small explosion out of our thermos after leaving it in the trunk of my partner’s car overnight and then pouring boiling water into it.

It was one of the better Christmases I’ve had. We began the afternoon near Atwater and ended it on Parc Avenue. There were fewer people than usual outside, undoubtedly because it was a very cold day and shelters work hard to ensure people are taken care of on this particular day.

The three of us had a bag of supplies each and walked around chatting to people and asking them if they wanted anything we had to offer. We also gave people the option to select a meal from any place nearby that was open (many places weren’t, given the date). We would all go together, talking and listening along the way. As much as possible, we tried to put them in the driver’s seat of the interaction, not wanting to impose ourselves or imply that we knew what they wanted or needed.

Overall, it was incredibly well received. We had conversations with fifteen people and gave out our offerings to about twenty-five. We were introduced to a wonderful network of individuals who care deeply about each other and look out for one another. More often than not, towards the end of our interaction our new friends would point us in the direction of other people they knew that would benefit from what we had to give. The most popular items were the socks, gloves, and female hygiene products.

To some it may seem obvious, but I think it’s important to note that we treated these encounters as we would any other encounter. We made sure to ask everyone’s name and to introduce ourselves. We looked people in the eye. I think some people may experience fear of people they perceive as being homeless. They may feel as though they don’t know how to relate to them, that they are in some way different from themselves, or they may simply not know what to say.

Homeless or not,  if you walk up to anyone with a smile and a hello, you’ll soon know whether or not they are open to an interaction. We weren’t exclusively looking to give our time to people without homes (in fact many people who ask for money on the streets do have homes), we simply wanted to be there for anyone who wanted us there.

In sharing this story, I ask you to consider the relationship you have with the people you pass on the streets of the place you call home; not only those who are asking for money but also those who aren’t. Can you be more generous of your time? Of your smile? Can you refine the way you treat your fellow human beings? What does the word “service” mean to you? Can you be of more service to your community and what would that look like for you?

This was the first Presence for the People, and with better luck, next time there will be hot chocolate.

Need to get something off your chest?
Book a vent session today!