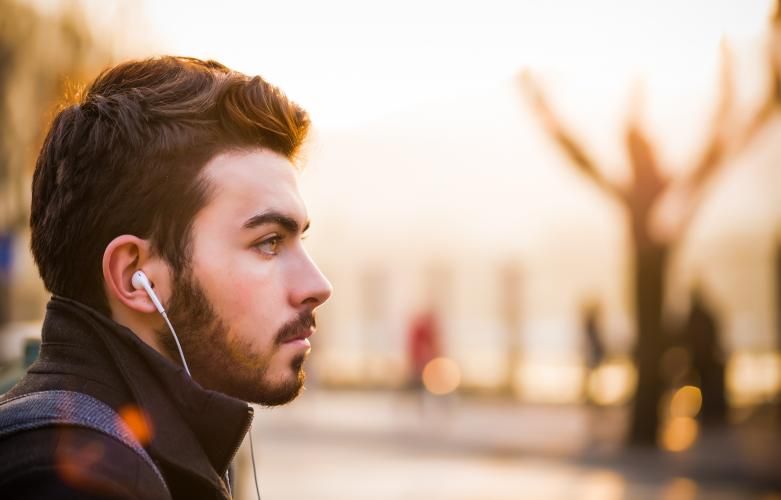 It’s a pretty common gender stereotype: whether it’s a father refusing to ask for directions at the side of the road or a frustrated husband way out of his depths trying to build IKEA furniture, men are less likely than women to put up their hand and ask for help.

However with rising suicide rates in men across the globe and plenty of research on men even being less likely to see a doctor than women, it’s clear that this isn’t just a stereotype: it’s become an epidemic affecting men’s health.

Researchers have found that men who adhere to societal ‘masculine’ norms have lower mental health outcomes and a lower tendency to seek out the appropriate medical health services. Ultimately this doesn’t just harm the men trying to ‘tought it out’, it affects everyone in their lives, too.

So what’s “un-manly” about asking for help?

Asking for help is essentially an exercise in teamwork and collaboration, and one that men are usually accustomed to in other walks of life. For example, asking for help and acknowledging your own strengths and weaknesses are key in most work environments and team sports. So why are men so afraid to reach out for help in their personal lives?

Whether right or wrong, masculinity usually brings to mind a particular set of qualities. Men are typically taught from childhood to be tough, brave, and self-reliant. Asking for help can come into conflict with some of these gendered ideas.

Often referred to as “toxic masculinity,” the way society thinks men should act continues to affect men’s behaviour and choices, whether they adhere to or reject those stereotypes. The gender stereotypes men try to live up to have become so ingrained in our society that sometimes we don’t even realise they’re there.

During my first ‘real’ office job, I held back on several occasions when I needed extra help. It felt annoying for the others and asking questions made me feel like a smaller fish in an already large pond.

Eventually it hit a breaking point and work became pretty miserable as I found myself drowning in tasks I couldn’t finish. Once I plucked up the courage to ask for help my role was restructured based on my strengths, and I started to get along better with my manager and everyone else around me.

Men are less likely to ask for help when they need it, which some researchers argue is one cause for the rising suicide rates in men across Canada and the globe.

You can always find help outside of traditional therapy

Research shows that older men are far more likely than women to experience social isolation, which goes hand-in-hand with stories that men in their 20s and 30s start to lose friends at an alarming rate. There are lots of ways that men can try to combat this – joining teams, participating in special interest groups, or scheduling regular get togethers with their friends.

In Australia in the 1990s, the emergence of ‘men’s sheds’ helped combat loneliness and isolation among older men by promoting physical activity, DIY projects and other interests in a shared community space.

Sometimes there’s nothing more comforting than speaking to someone who you can relate to outside of your regular circle of family, friends, and coworkers. Many times I’ve found myself in situations where I’ve been stuck in a competitive headspace, comparing myself unfairly to colleagues or classmates. Speaking to people with a different perspective helps you take a step back and ignore your personal hang-ups to realise how far you’ve really come.

Choosing the right kind of help is the first step

As being seen as vulnerable is a sore point for many men, it makes sense that taking the leap and admitting you need help is an area where men struggle. However for both men and women, finding the right help is another part of the puzzle.

For most people looking for extra help, a psychotherapist is the first choice that comes to mind, but there are many other support networks out there including counselors, family and friends, your local GP, community health organizations, support groups, or support helplines.

Sometimes the issues you’ve built up in your head can be hard to untangle until you talk things out with someone – even if they’re not necessarily a trained professional.

Overall we need to flip the long-standing gendered narrative so that asking for help is no longer viewed as weak but instead as a brave and empowering act that should be applauded, regardless of your gender. Help is about building your strength through others, rather than highlighting your weaknesses. Nobody needs to deal with all their issues alone.

I’d like to acknowledge that this article is written by a cisgendered male, and this experience may not reflect those of individuals in the trans community who don’t believe their gender aligns with their body and/or sex.

Lee is a writer, digital marketer and rambling expat originally from Sydney, Australia who currently lives in Montreal.