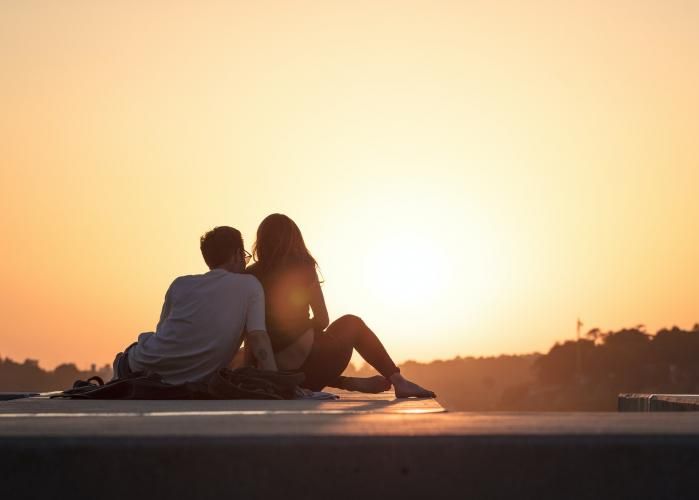 When it comes to dating and relationships, most of us are familiar with common stereotypes of partners. There’s the “clingy” partner who demands lots of attention, often represented as an “overly attached girlfriend.” On the other side of the spectrum, there’s the emotionally distant partner who seems allergic to commitment, often depicted as a man. Though we haven’t all dated someone who fits these descriptions, we’ve all heard of these “types.”

It can be hard to understand the glaring differences between these two profiles. Why do some people seem to always crave more affection and intimacy, while others focus on defending their freedom and personal space? As a matter of fact, these contradictions are often the result of different attachment styles.

Infants that were easily soothed by their caregiver had a secure attachment style.

Since then, many experts have criticized and expanded on Ainsworth’s experiment. But the field of psychology did retain one major idea from her research: people have different attachment styles that are influenced by early interactions with their caregivers, and these patterns can go on to impact their future relationships.

Ainsworth’s theory of attachment styles has often been applied to the study of romantic relationships in adults: studies have found similar attachment “profiles” in toddlers and adults. For instance, adults with an avoidant attachment style often act distant towards their partners. In fact, they may even steer away from dating in general, because they’re afraid of feeling smothered. They’ve often internalized the belief that they can’t depend on other people, and that it’s better to be a “lone wolf.”

On the other hand, those with an anxious attachment style show a stronger need for affection and intimacy in their relationships. They often want to get as close as possible to their partner, and get distressed when they perceive that the other person is “pulling away” from them.

Based on these profiles, it may sound like anxious and avoidant people are fundamentally incompatible with each other. But in reality, this pairing is actually extremely common: this is because we’re naturally attracted to what feels familiar and confirms our expectations. An anxious person expects to crave more tenderness and intimacy, whereas an avoidant person expects to feel suffocated by their partner: by getting together, they confirm each other’s expectations.

Even as adults, we tend to unconsciously seek out traits that remind us of our parents or caregivers. Unfortunately, this is also true for people who grew up in abusive environments: victims of childhood abuse are often more likely to experience some form of abuse in their romantic relationships. To a degree, we’re hardwired to stick with what we know – even when it’s bad for us.

The good news is that nothing is set in stone. Our brains have the wonderful ability to change, learn, and adapt to new situations, which means we can slowly train ourselves to have a healthier attachment style. The first step is to become more self-aware, which you can do by learning more about the topic, by making a conscious effort to examine your own behaviours, or by going to therapy. (Or my personal favourite, a combination of the three!)

While our attachment styles may be influenced by early interactions with our caregivers, we have the capacity to grow and change. By facing our past experiences and challenging our internalized beliefs, we can strive to cultivate happy relationships with partners who love and respect us.

Want to talk about mental health, dating, or really anything?

Book a vent session with a trained active listener today.