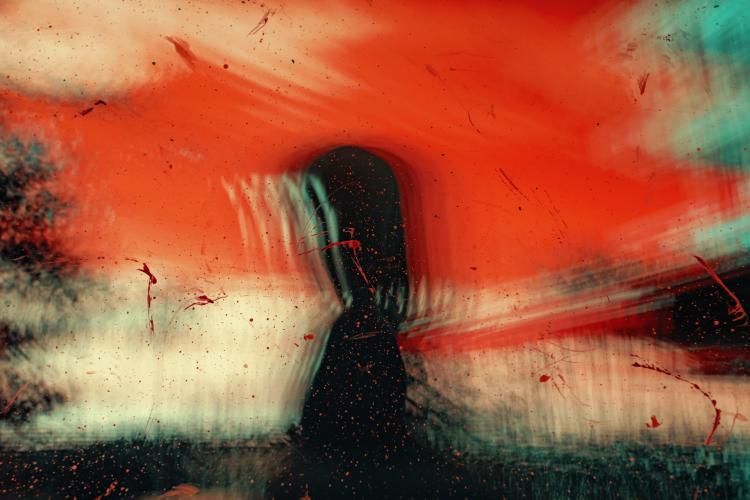 Growing up, I thought I would have a “normal” life. I’m not sure what I understood as normal. It’s not like my life was perfect: from a young age, I experienced a lot of anxiety and bullying. But out of all things, I never expected that I’d one day start to hear voices and believe in things that weren’t real.

Mental illness has become less of a taboo subject in recent years. Things like anxiety and depression are now seen as relatively common. Unfortunately, other conditions are still kept in the shadows, far from the realm of things we consider “normal”: psychosis is definitely one of them.

In high school, the bullying started to take its toll on me: I became extremely socially anxious, to the point where I was paranoid about being followed by people. My mental health kept deteriorating, until I was diagnosed with anxiety and depression and put on medication.

Fast forward a few years: I was twenty years-old, with a few different diagnoses and a handful of hospitalizations under my belt. At least there was a silver lining: high school was behind me for good, which meant that the bullying was over.

As a result of getting bullied, I became socially anxious and paranoid.

Logically, I knew I should’ve felt safe. But no matter what I did, I couldn’t seem to shake off the fear and anxiety. It was something that I could never fully shake off, as I learned later.

As I was going into my twenties, my doctor told me that I was pre-diabetic. I’d suffered from a kidney condition ever since I was a child, and this new threat terrified me. In a panic, I quit all my psychotropic medication cold turkey.

Little did I know, that would only make things much, much worse.

Bit by bit, my thoughts descended into an alternate reality. I started to lose weight, and felt like I was becoming a different person. The change crept up on me slowly, almost without my notice.

I started hearing a voice that instructed me to do certain things. It told me to go to the same grocery store every day and buy a newspaper. Then I’d sit at the same coffee shop every week and read the newspaper out loud, highlighting hidden instructions to save the world. The instructions were coded, so that only I knew how to decipher them in the news. After all, I was the top secret agent in the country.

I kept stacks upon stacks of newspapers in my room. They were growing as tall as me. But I knew I couldn’t throw them away: if someone saw the instructions, I’d be killed for leaking out top secret information.

The more time passed, the deeper I sank into my delusions. I was convinced that a divine entity from above gently protected me and my family. I became the smartest and most capable person in the world. I was a fallen angel that had been reborn to save the world on God’s behalf.

“Thank you for this opportunity,” I said, everyday, repeatedly. I would walk in circles on my parent’s acreage in the countryside, because it helped me hear the voices more clearly.

At the same time, I lived in a constant state of paranoia. I was convinced that there were microphones and cameras set up everywhere, both inside and outside the house. I couldn’t mess up. I had to do exactly what the secret agents told me to do.

This went on for four years. My parents didn’t know how to help me, and I was eventually registered at an outpatient clinic. I was told I could never work or  go to school, and that I would need help for the rest of my life. I was also told I had something called “schizoaffective disorder.”

My parents were pretty quiet about the matter. I could tell they had no idea how to react, and this made me feel incredibly lonely and distant from them.

I didn’t tell anyone in my extended family about what I was going through, but there were whispers about me circling around. Among other things, they said that I was “crazy” – which hurt me to my core.

For a long time, I fought the clinic about medication. I thought they were trying to poison me with an “antidote” that would take me away from my duties to the country.

I refused medication and thought it was a way for doctors to poison me.

But somewhere down the line, it became clear that the unrelenting paranoia was too much for me to handle. I approached the topic of medication with my therapist, whom I trusted: we agreed to start out with a week of medication, just to lower the paranoia.

As I began taking the medication, the voices in my head slowly started to fade away. But that didn’t make me happy: instead, I cried all the time. I was depressed, lonely, and angry at my doctors. I missed my voices: at least they kept me company, even though some of them weren’t very nice. Now that they were gone, the silence and loneliness felt horribly oppressive.

The next months went by fast, due to how much the medication made me sleep.  Over the course of a year, the voices went from speaking full sentences to mumbling very lowly: it was like hearing the radio or TV in the background.

The quietness started to feel less overwhelming. I thought to myself, “Maybe being like this isn’t the end of the world. Maybe it’s another beginning for me.”

I continued going to therapy. With medication making the symptoms more manageable, it was easier for me to understand and apply the coping skills I learned.

Bit by bit, I began to regain control over my life. I started following a daily routine. I moved to my own place, which was something that I’d wanted to do for years. I met and got engaged to a wonderful man who encourages me to recognize my worth every day.  And a year after starting medication, I actually landed a job in the mental health field.

This isn’t meant to be a “happily ever after” story. There’s no magical cure for mental illness, and my schizoaffective disorder is something that I continue to deal with every day.

While some days are harder than others, I always try to remember how far I’ve come. If someone had told me at my lowest ebb that in a year, I’d be living independently, have a job and a fiancé, I never would’ve believed them. And it gives me strength to know that, by sharing my story, I might be able to help others in their own journey.

Lindsay Musgrove lives in a small Texas town. A writer by night, she enjoys reading philosophy and playing music.