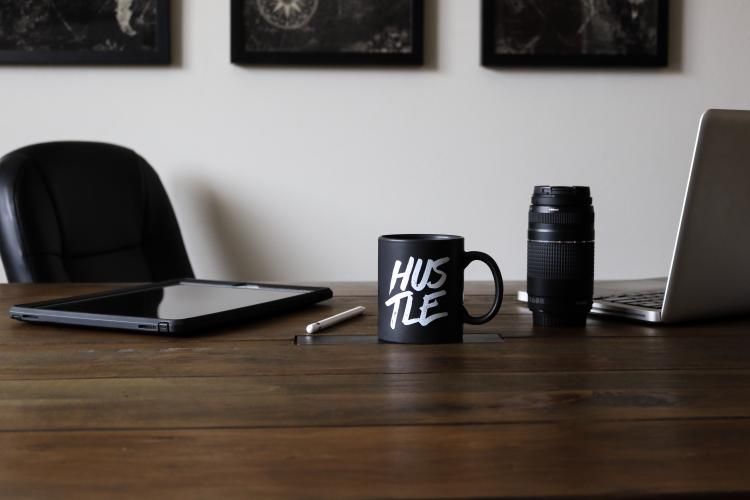 Get Down to the Nitty Gritty

You’re in the middle of something – working out, a marathon study session – and all of a sudden, you hit a wall, and you just…can’t. The thought of going for another minute is absolutely unbearable.

Most of the time, we probably give in. A quick scroll on Instagram can’t hurt, right?

But, what would happen if we pushed through that dreaded mental block?

Sometimes, the fatigue turns into total exhaustion, and we end up not much better off than we would’ve been stopping. But sometimes, that perseverance pushes us right into our zone. Psychologist and philosopher William James calls this a second wind.

On usual occasions we make a practice of stopping an occupation as soon as we meet the first effective layer (so to call it) of fatigue. … But, if an unusual necessity forces us to press onward, a surprising thing occurs. The fatigue gets worse up to a certain critical point, when gradually or suddenly it passes away, and we are fresher than before. We have evidently tapped a level of new energy, masked until then by the fatigue-obstacle usually obeyed. – The Energies of Man

In The Energies of Man, James cites this habit of fatigue among the biggest blockades to our own success. Since this text was written, James’s ideas have been evolved and adapted with changing ideologies and societies. More recently, Angela Duckworth has used the framework of social psychology to redefine James’s concept in one simple buzzword: grit.

For Duckworth, grit means having passion and perseverance for long-term and meaningful goals. It’s an independent indicator of success, outside of both talent and intelligence. Sometimes, they are even inversely related.

Studying Chicago high school students, she found that when matched on all other aspects, it was the ‘grittier kids’ who were more likely to graduate. Another study at West Point Military Academy corroborated this first hypothesis: of all the recruits in training, high levels of grit predicted better outcomes than did intelligence, leadership, or physical fitness.

If grit is such an important indicator of success, how do you get it? Can you develop a grittier personality or is it something you’re just born with? Angela Duckworth says, both. Personalities are definitely determined in part by your genes; if you have family members who are higher on the grit scale, you’ve got a better chance of being more ‘gritty’. But, like many other things, grit is also something you can develop in yourself.

So, it seems like to grow grit, you need to have grit. Confusing, right? If you want to grow grit, consider what your specific goals are. Is the goal just to become grittier? Or are you hoping that grit will be a means to a different end?

You can develop grit, but it takes patience and practice. Start small and keep at it. The more you cultivate grit the easier it will be to cultivate more.

With any goal, practice makes perfect. So implement small steps into your daily routine, and build on those as you get more comfortable. If your goal is to raise your grades, download an app like Forest to decrease distractions when you study. Or if you want to improve your concentration, look into practicing mindfulness by meditating, or generally working on being fully present in whatever it is that you’re doing.

How Good Is Grit? Ties to Life

Like a lot of pop-psychology trends, grit has been touted as this ultimate measure of success. But like anything else, it has its downsides. Without awareness, emotionality, and a keen understanding of yourself, focusing too much on grit can lead to burnout, so it’s important to incorporate self-care into your efforts toward success.

Angela Duckworth says that the only way to be an expert at something is to do it for a really long time. And while grittier people are good at sticking to the task at hand, left unchecked it can be to their own detriment. Cultural pathos tells us that in order to live a full and meaningful life, we need to spend every waking minute throwing ourselves into something. Especially in academic contexts, the idolization of grit and ‘the grind’ further contributes to the high-pressure culture that normalizes neglecting oneself for the higher good (i.e. a higher GPA).

But, remember that grit is defined as passion and perseverance for long-term and meaningful goals. Sure, having grit can help you perform better, but without passion, perseverance won’t necessarily get you where you want to be. You may not be passionate about your job, or every one of your classes, but having grit can help you contextualize your goals, so getting through the tough stuff will be easier if you can identify a light at the end of the tunnel.

On the flip side, if you know that the job you have isn’t leading you to the career you want, it may be better to bounce around a little bit, instead of becoming an expert in something that you know you don’t enjoy.

Ultimately, there’s something to be said about knowing when to give in, and when to push through. Used properly, that’s exactly what grit is about – it’s just one of many important aspects of character. It’s encouraging to know that aptitude does not have to determine how or what you pursue. While it definitely seems to be an important tool for success, grit should be more about attitude than end game.

Marissa Lee is a volunteer listener with Vent Over Tea