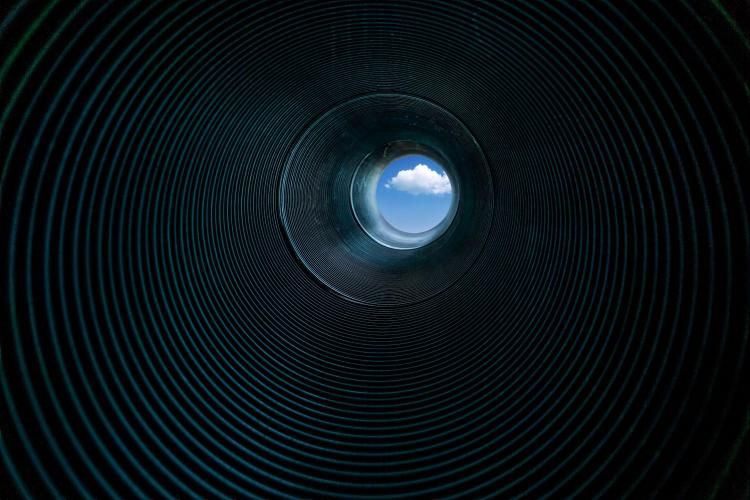 End of the Tunnel

A panic attack is sort of like a rat: such a small insignificant thing, with the power to instill fear in millions. Speaking of rats, one of those little Twizzler-tailed devils was what sparked the idea for this blog. As I was walking outside of my work, a rat crawled into my peripheral vision. Then it popped a U-turn and rushed back to whatever circle of hell had spawned it, leaving me alone with my thoughts and the beginnings of a fresh panic attack.

Panic attacks can happen at any time, for any reason. I struggle with OCD, which makes me sensitive to things like cleanliness – or lack thereof. My panic was triggered by a dirty rat, but it can be set off by so many things: stress, exhaustion, or even a confusing episode of Westworld that you don’t understand because you accidentally zoned out for five minutes.

Panic attacks knock the wind out of your sails and can derail your entire day. Having one feels like getting stuck inside a dark tunnel with no end in sight. I know how debilitating that is, and that’s why I want to share what I’ve learned with as many people as I can.

Just note that no amount of tips will give you a surefire way to prevent panic attacks forever. Accepting that they happen is the first step in realizing you’ll get through the current one.

This too, shall pass

In the moment, panic attacks feel like jump scares in horror movies – except that the apex of the shock is stretched out into seemingly infinite minutes, to the point where it can become crippling.

Your instinct might be to fight it. That’s understandable: you’re feeling uncomfortable, maybe even embarrassed. You hope that maybe, if you ignore it, it’ll go away on its own. But the fastest way to make a panic attack go away is to acknowledge that it’s happening in the first place.

Panic attacks can last for seemingly infinite minutes, to the point where they become crippling.

The next step is to remember that it will end. If you’ve had panic attacks before, then you know that you can survive this one. Even if it feels like you’re in the eye of a storm right now, it will be over sooner than you think.

I find it helpful to have a mantra that you can repeat to yourself over and over. My personal favourite is, “this too shall pass.” You can use mine, or think of another one that resonates with you more. Having those “safewords” will make you feel better equipped to get through the storm.

Mantras are helpful, but so is breathing. It sounds like such a simple thing to remember, but you’d be surprised by how difficult it can be. Panic attacks have this tendency to mess with your ability to think. Breathing can help you regain control: try to breathe in deeply, and then exhale slowly.

If you’d like a more specific tip, consider the four-square breathing or “box breathing” technique: inhale deeply for four seconds, hold your breath for four… and finally exhale for four seconds. Do this as many times as you need, until you start to feel calmer. Therapists often recommend this breathing technique as a clever trick to detach yourself from the panic cycle by focusing on one thing.

Once you’ve got your breathing under control, turn your attention to your five senses. A common grounding technique is to look around you and find five things you can see, four things you can hear, three you can smell, two you can touch, and one you can taste. It’s frequently used in Dialectical Behavior Therapy to help people stay in the here and now, and avoid getting overwhelmed by their emotions.

These tools also work when you feel the panic attack creeping up on you. You might know what your triggers are, but you’ll never be able to eliminate all of them from your life.  (Trust me, the metro will never be clean, and that doesn’t change the fact that you still need to get to work.) But hopefully these tricks will make your heartbeat go from caffeinated hummingbird mode, to a slower, more normal rhythm.

Panic attacks may cause a lot of unpleasant physical symptoms (hyperventilating, dizziness, nausea) but they also take a toll on your cognitive abilities. That’s why my last piece of advice is to steady your thoughts and try to think rationally. I’ve found that this works especially well for panic attacks caused by OCD, but it can be applied to others too.

My most recent panic attack was caused by a stream of irrational thoughts about the rat I saw.  “What if it was closer to me than I thought? What if it actually touched me and gave me some weird disease??” I told myself that it was objectively impossible, since the rat must’ve been terrified by 1) my size, and 2) the fact that I was listening to the Spice Girls on full blast.

The root of your panic may have nothing to do with rats and questionable music tastes. But I’ll bet that irrational thinking contributed to turning your anxiety into a full-blown panic attack. So when you find your thoughts spiralling out of control, try your best to make them go in a more sensible direction. Grounding techniques are great to calm you down, but rational thinking can untangle the spider web of flawed logic that led to the attack.

It’s unlikely that any one trick is going to end your panic attack. Usually, you’ll get the best results by using a combination of several tricks. Be patient with yourself as you learn how to cope. Panic attacks are terrifying, but they won’t last forever. And no matter how dark the tunnel is, there’s always a light at the end of it.

Tristin is a first-time writer who has extensive experience with anxiety and panic attacks.