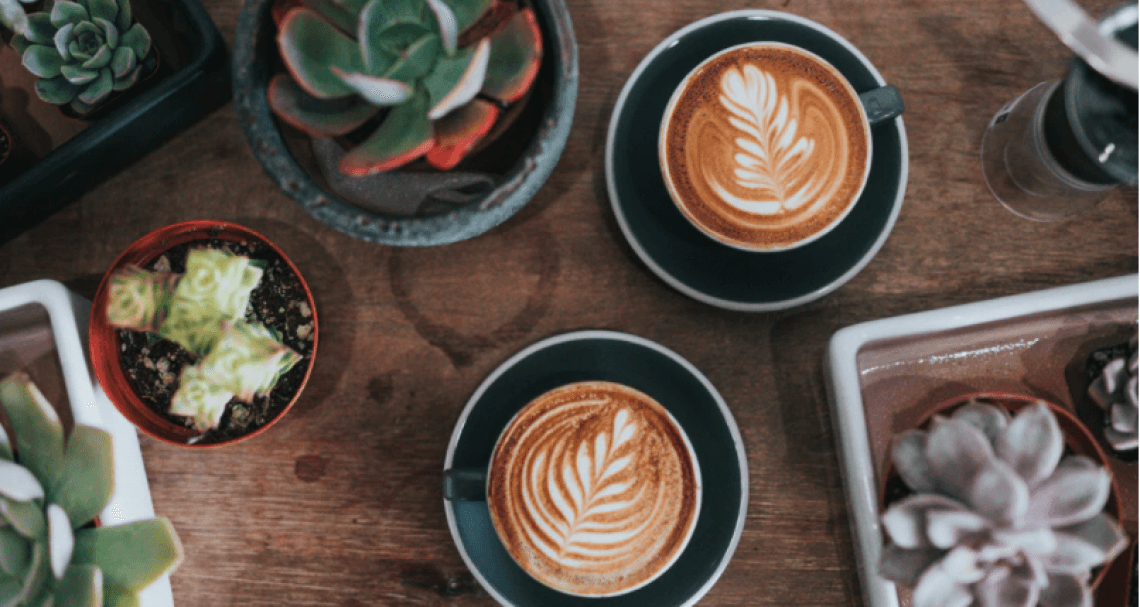 On the evening of the seventh of February, there was  a snowstorm in Montreal. This was not an unusual occurrence. However, as the chunky snowflakes tumbled their way down from the sky, veiling themselves over the snug streets of Saint-Henri, magic was happening at a beloved local joint, Cafe Joe.

They came from near and far, one guest hailing all the way from the plateau, on foot no less. They came alone, or in small groups of two. They did not know each other. But they would.

Chocolate chip biscuits were shared, and tea and coffee flowed freely. When the door swung open, it would let in an earnest chill that reminded them that it was cold outside, for they had forgotten.

Why were these strangers gathered here on this cold February eve, while the rest of the city scrambled to get home before the roads became obscured?

For the very first edition of Coffee Break, a new collaboration between Vent Over Tea (a Montreal nonprofit that connects people who need to talk to an empathetic listener) and SSMU Mental Health (the mental health branch of McGill’s Student Society)!

This event was the first of what we expect to become a regular gathering of friends and strangers, where those who attend are invited to participate in one-on-one conversations with a trained listener if they so desire. These “Mini Vent Sessions” offer a small taste of what a true Vent Over Tea session is like. Those who signed up for a 15-20 minute session on February 7th got a flavour for the cathartic experience of speaking intimately to someone who you do not know.

While the one-on-ones were taking place at the back of the cafe, the rest of us were kicking it in what ended up becoming a lovely and casual community meet-up with people who lived in and around St-Henri. Of all the boroughs in Montreal, I have to say that St-Henri has one of the most solid and supportive networks of residents. (If you’re part of the St-Henri Facebook Group, you know). It was lovely to meet new faces and get to know some of the Cafe Joe neighbours!

We chose to do it Happy Hour style, from 5:30-7:30PM, switching out beers for earl greys. People floated in and out, and those who stayed to the very end closed out the evening with us in a short group circle. Here people shared their experiences from the one-on-one sessions or spoke about their mental health and why it was important for them to come.

Our goal for this event,  as well as for future events, goes beyond offering space for people to open up. The idea is to create a friendly and relaxed environment that creates connections between people who haven’t met before and reminds everyone of the power of conversation and human connection in our lives. We welcome all – this is not just a student event despite being hosted by a student organization (in fact most of our first-time participants were non-students!) – and are very much looking forward to the next one on March 14th!

Chloe Chow is one of the cofounders of Vent Over Tea.

She would love your feedback.