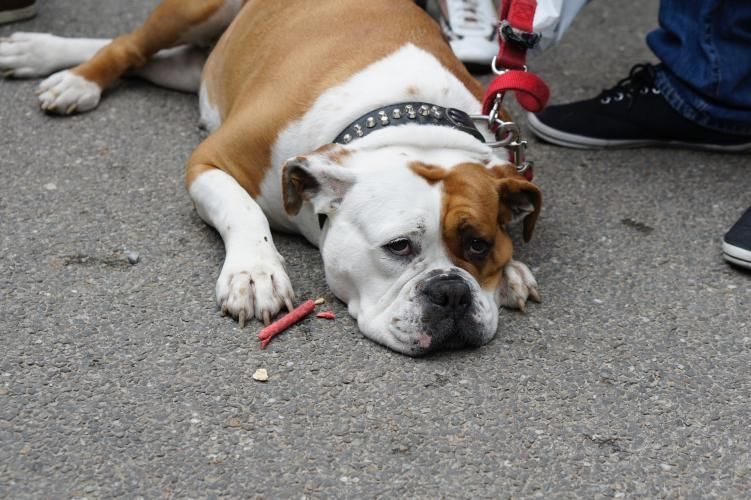 Webster’s dictionary defines boredom as “the state of being weary and restless through lack of interest.” That doesn’t sound very fun, and anyone that has ever been bored can confirm that it isn’t.

Boredom can strike anywhere: on a long car trip, during a seemingly endless work meeting, or even on a weekend morning when we have nothing planned.

We don’t think much of boredom as a feeling: it’s just something we have to get rid of as fast as possible. Personally, I think we have a lot left to learn about boredom, both in our attitude towards it and what it can bring to our lives.

I consider myself an active person. I may not be a workaholic, but I like to keep my schedule full.

Boredom is an unfamiliar feeling for me, and as a result, I don’t know how to deal with it. Not only do I keep myself busy, it’s also very easy for me to get sucked into things: hell, I once spent a whole Sunday on a thousand-piece puzzle and had a blast! On the rare instances when boredom does creep in, I feel like I did something wrong to get there.

As someone with a history of mental illness, there’s another reason I’m uncomfortable with being bored. Boredom creates a gap in my day, an opening for negative thoughts and obsessive worries to crawl into. At one point, the tiniest twinge of boredom I felt was followed by a wave of panic.

Whenever I get bored, I feel like I must’ve done something wrong.

While not everyone has a crippling fear of being bored, many of us feel guilty for it. After all, we live in an exciting, stimulating world. How dare we be bored when we have so many things to do, and so many resources at hand?

Boredom is a privilege

We guilt-trip ourselves for feeling bored because we think that boredom comes from a place of privilege. There’s this underlying belief that boredom happens when we already have everything we need. So we lounge in the comfort of our warm homes, complaining that we’re “sooooo booooored.”

Because our society is obsessed with productivity, we’re encouraged to have jam-packed schedules. No free time = no time to get bored. Proponents of “hustle culture” spread the idea that only “slackers” can afford the luxury of boredom.

These feelings are justified – to a degree. Feeling bored requires safety, comfort, and free time: if we’re lucky enough to have those things, we shouldn’t take them for granted. But gratitude isn’t about beating ourselves up. And if being bored is a privilege, we shouldn’t waste it by wallowing in guilt.

A source of creativity and new ideas

Being bored often feels like a huge waste of time, but it can actually help you get things done. Studies have shown that boredom leads to more creativity and better problem-solving skills. Think about it: how many times have you struggled over a difficult assignment, only to later have a “eureka!” moment while daydreaming mindlessly?

We’re so used to pursuing excitement and fun, that chasing after boredom feels like going against our natural instincts.

In order to get truly bored, go for activities that won’t fully engage your mind. If you’re the type of person who gets restless doing absolutely nothing (I know I am), swimming laps in the pool can be a good stepping-stone to boredom: it’s familiar, repetitive, and gives your mind plenty of space to wander.

Above all else, try to resist the urge to seek stimulation. In our modern world, we’re surrounded by distractions that make constant bids for our attention. Unplug from your phone, don’t listen to music: your brain will have no choice but to turn to its own internal resources.

I’m not saying that getting bored is the answer to all of life’s problems. But next time you find yourself agonizing over a work project or an essay to write, consider boredom as an option: you just might get some unexpected results.

Time to switch things up

Boredom can also be a sign that your routine has gone stale and that it’s time to bring something new into the mix. When we get stuck in a rut, boredom pushes us out of our comfort zone.

I remember feeling lonely and bored on my first weekend in college: I agreed to get brunch with two other freshmen because hey, what the hell. They’re now great friends of mine, and I’m really grateful that I happened to be bored that Sunday morning.

If I had never been bored, my life would probably have always stayed the same. And boy, does that sound boring.

Of course, it’s difficult to see boredom as a source of exciting new opportunities when you’re actually experiencing it. Being bored has never been, and never will be a pleasant feeling. But it is an integral part of the spectrum of human emotions, for better and for worse. Let’s make sure we don’t forget about the better part, shall we?