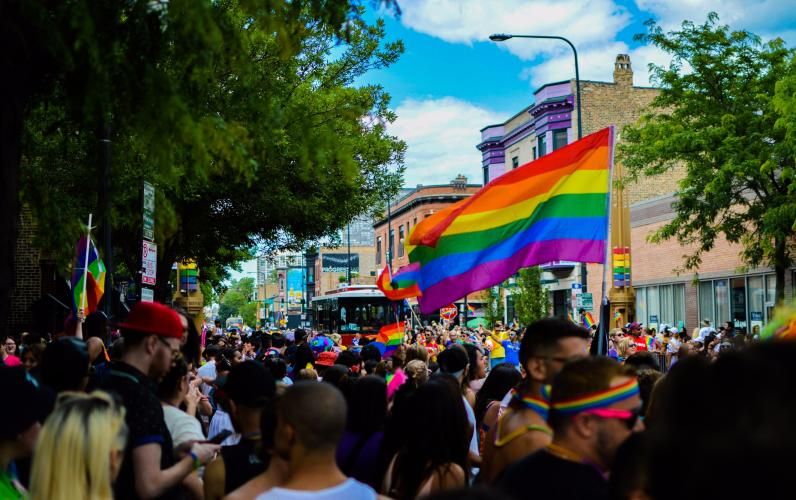 A Second Coming Out

I love Pride month. I love having the opportunity to celebrate, support, and lift up people in the LGBTQ+ community. I love the sense of camaraderie and caring you can feel so easily and instantaneously with strangers. I love the joy.

I love seeing how far we as a society have come in accepting that love is love. And even though it can be sad and frustrating at times, I love looking back at the history of Pride and remembering the unbelievably strong and brave individuals who fought for LGBTQ+ rights. I love standing with the people who are still fighting that fight.

What I worry about is what happens after Pride month.

Although Montreal and Calgary won’t hold their Pride Parades until August 19 and September 2 respectively, many other big North American cities held their Pride celebrations throughout June. Now that the month is coming to a close, I worry about how long those gestures of encouragement and affection toward the LGBTQ+ community will last.

We have come a long way, there is no doubt about that, but we still have a long way to go as a country and throughout the world.

In Canada and abroad, people in the LGBTQ+ community are still more likely to have a mental illness, to not seek treatment for their mental illness, and to die by suicide compared to their heterosexual and cisgender counterparts.

People of colour in the community are even more likely to experience these negatives and are less likely to receive adequate care than white people.

Leading research on the topic suggests that stigmatization is one of the main causes of these mental health issues among LGBTQ+ people.

Whether the stigmatization is external – being verbally or physically abused because of their gender or sexual orientation – or an internalized stigma – where the person feels like they’ll be rejected or reject themselves because they don’t fit into the heteronormative mould – it can have lasting effects on the person’s mental health.

People in the LGBTQ+ community are more likely to have mental health issues and are less likely to get the help they need.

Another stressor is the difficulty of ‘coming out’ with a mental illness, especially if one’s ‘coming out’ as LGBTQ+ was in any way traumatic.

Despite the celebrities who have shared their stories and the nationwide campaigns like #BellLetsTalk, there is still a stigma around having mental health issues in Canada and internationally. Despite the fact that so many people in our society suffer from mental illness, very few speak openly about their own struggles with friends, family, and coworkers.

So for someone who is already trying to fight against the stigma of being gay or non-binary, sometimes coming to terms with and treating their mental health issues can seem like too much to handle.

Hopefully as we continue to destigmatize mental health issues and celebrate the fact that love is love, the high rate of anxiety and depression in the LGBTQ+ community will go down.

So while celebrating Pride week in your city is good, and celebrating Pride month internationally is great, we need to make sure that we uphold those same positive feelings and understanding throughout the entire year.

What can you do?

If you haven’t already, make sure that the language you use in ‘jokes’ or insults doesn’t include derogatory terms. If you hear someone else use those kinds of words, speak up if you’re in a safe environment to do so.

You can also actively engage in LGBTQ+ community events or donate to reputable organizations that help fight for equal rights.

Try to generally be an ally in any situation that arises and keep spreading the love and the joy all year round!

If you’d like to talk to an empathetic listener for free,
Book a vent session