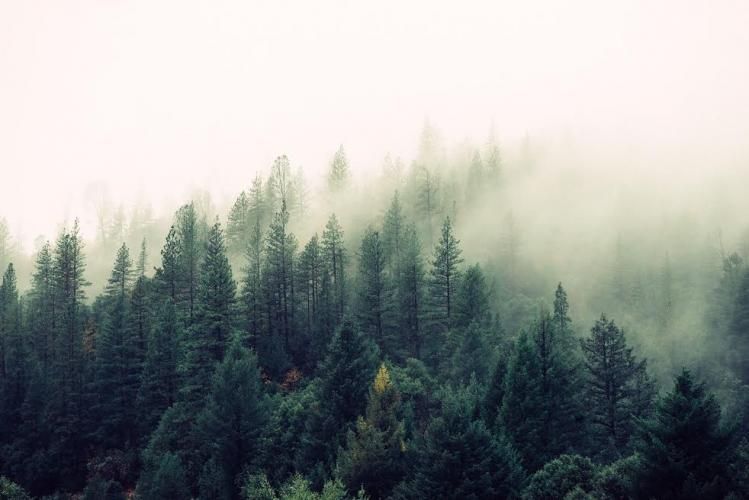 I’ve been in therapy for my mental health issues twice. On both occasions, the second question I was asked was, “Have you talked to anyone about this?”

​The first, of course, was the obligatory doctor-patient question of “What’s troubling you?” Like physicians, psychologists follow a similar pattern: get a general sense of the issue, then examine the patient’s recent behaviour and events in their lives to try and figure out how the issue came to be and how best to treat it. When it comes to mental health, talking about one’s problems is one of the best ways of addressing them, so it’s no surprise that psychologists check if this is going on. However, the idea seems ludicrous to many of us at first, and I was no exception.

​My mental health issues—anxiety and depression—started manifesting when I was in high school, but I never talked about them with anyone. I attributed them to my teenage years and accepted them as a part of myself that would either change or fall away entirely given enough time. I blew them off. I was often in a bad way, but I coped by throwing myself into the fictional worlds of books and video games in my spare time. In these spaces, I could shed my flawed identity, instead assuming someone else’s or creating an entirely new one. As life went on, how much I needed to cope varied, but I kept the same strategy, and it was often enough.

​I was in my second semester as an undergrad when things really came apart. Suicidal thoughts, which I’d previously only had once in a blue moon, became part of my daily routine. I felt overwhelmed by the vast and prestigious university environment. I’d done a poor job of meeting new people and an even worse one of keeping in touch with old friends, leaving meisolated. I only had a vague idea about what I wanted to pursue in my studies. Everything felt unstable and ominous, and I was trying and failing to deal with it alone.

​It took ages for me to start reaching out for help. I researched local resources, then hummed and hawed for weeks. The idea of going to see a real person about these things going on in my head that I’d never told anyone about was petrifying, but I was even more terrified of what would happen to me if I didn’t get help. In the end, self-preservation prevailed, and I walked into the university mental health centre at nine in the morning on a bitingly cold Monday in January. I was seen almost immediately, asked some questions, and given an appointment as soon as possible two days later. In that initial meeting, I learned that I was an emergency case.

​My first appointment went well. I got along great with my therapist, and he was understanding of my issues and had an action plan for how I could start tackling them. In hindsight, it was the first step in a crucial period of self-help and self-discovery in my life. The thing that shocked me most about our first session, though, was how casually my therapist asked me if I’d ever talked to anyone about my issues. I’d never even considered the possibility of doing so because it seemed so invasive and insane, and yet here I now was seeking out help, which I knew required talking to someone I’d never even met. And after that conversation and the many others I’ve had since, I’m hard-pressed to think of a better path to mental health than having a chat with someone.

​Talking with another person about the goings-on and issues in your life isn’t a cure-all to feeling better about them, but it does make nebulous and overwhelming thoughts into more tangible things that can be better understood and dealt with. It also provides a vital lifeline in the form of someone who cares about you, supports you, and knows the full extent of what you’re going through. It doesn’t matter much who you choose to talk to; psychologists and other professionals are amazing at getting to the core of long-term mental issues, but they’re not always a necessity. Friends, family, and loved ones are all viable options, but really anyone who cares about you and is willing to listen is a good choice. What matters is that you have thatempathetic support to lean on when you need it.

​Since that first therapy session, I’ve had lots of chats about my mental health issues, and all of them have benefited me. Talking with my first therapist helped me learn to recognize, understand, and manage most of my social anxieties. Talking with my second therapist taught me how to uncover the roots of my depression and prune them. Talking with my friends has helped me realize that my brain often blows things out of proportion, and has helped keep me grounded. Loved ones have shown me that my issues and insecurities don’t have to cripple me, and that love is possible both in spite of them and because of them. Family members have provided an unfaltering refuge of support on days where I need it most. All of these people have listened to me and talked with me and in doing so have had a huge positive impact on my life.

​I’m not saying you absolutely have to talk to people about everything that happens in your life. All I ask is that when you’re having a hard time you chat with someone about it. You can confide in your best friend, talk to your therapist, or vent to your cat—though she probably won’t give the best feedback. What matters is that you share what’s on your mind and, when it gets to be too much, tap into that extra support we all need sometimes. Be brave, and do your best to engage in some not-so-idle chatter.